Over the years GlammFire has sought to innovate both in the design of its pieces and in the field of technology, always offering its customers unique and differentiated products, without ever neglecting the refinement, safety and respect for the environment. To celebrate this year, the brand challenged the award-winning French-Portuguese designer, Christophe de Sousa, to develop a unique product that distinguishes itself from the rest of the brand's product range.

"This year of 2021 is an exceptional year, we celebrate 13 years on a day that is very special to me, 13th of September. I was also born on the 13th of September in 1968, on a Friday. Although many people associate this number with something negative, for me it is a number of luck, change and innovation. Therefore, I believed it was the ideal opportunity to launch something different and that would break with everything we have been presenting until now." - says Marcelo Inácio, GlammFire’s CEO.

Contour fireplace is a minimalist piece characterized by its simplicity, clean lines and monochromatic colour palette that contributes to the serenity of your living room. Equipped with an EVORound burner with Crea7ionEVOPlus technology provided by GlammFire, it is an environmentally friendly fireplace due to its bioethanol combustion, a green fuel coming from sugar cane. Besides these, Contour also has other features that make it special, such as its slightly inclined shape that, when turned towards the user, creates a kind of "dialogue" between them. And its 360º rotation capability allows users to fully appreciate the flame.

"During my first visit to the company I was impressed by the technology of the round bioethanol burner developed by GlammFire. The idea was to create an element that surrounds the burner, something that is present but does not detract from the flame. This is how we came up with the name Contour that describes this idea, an element that embraces and surrounds GlammFire’s burner technology" - Christophe de Sousa, Designer. 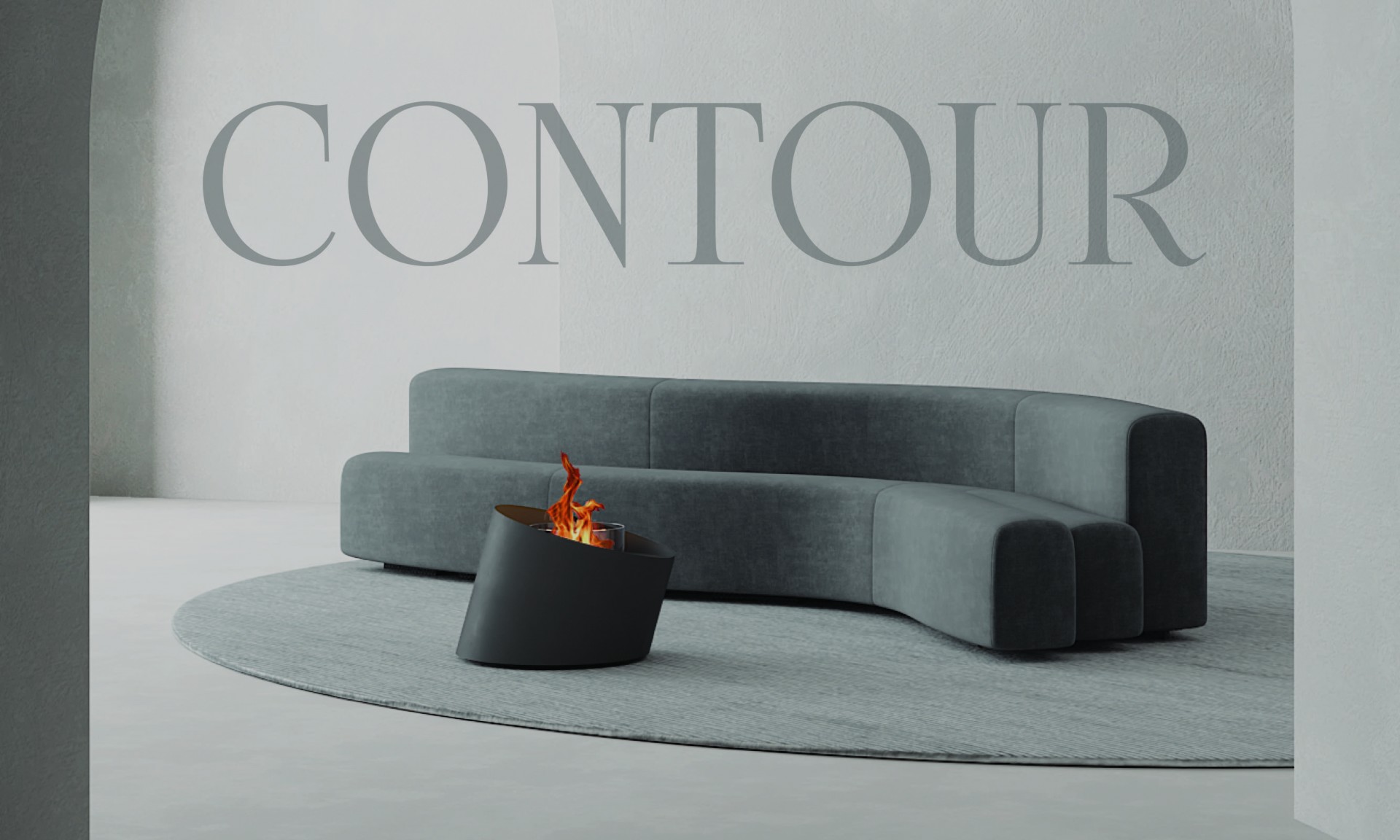